Adding values to your Post-consumer and Post-industrial plastic waste.

Almost half of the plastic films produced in the world are thrown away after a mere single use. At Wiscon, films find their way back in use via Plastic Film Recycling Line. LDPE Recycling technologies with the highest cost-effectiveness.

Bundles of highly contaminated films are tossed into pre-shredder. Thanks to its capability to tackle bulky and challenging materials, films can be uninterruptedly broken down into pieces. Next, shredded films are intensively washed in pre-washer at a high speed. During these 2 processes, a great amount of contaminants is primarily expelled, easing the succeeding processes and increasing the lifetime for the plastic film washing line.

Depending on the material cleanliness, multiple sink-float tanks and friction washers are selected. Wiscon’s proven methods of density separation and high-speed washing efficiently detach contaminants like sands, sludge, labels and grease. Washed films are then delivered to a heavy-duty wet crusher, film flakes in the desired size are pneumatically collected from the crusher screen. 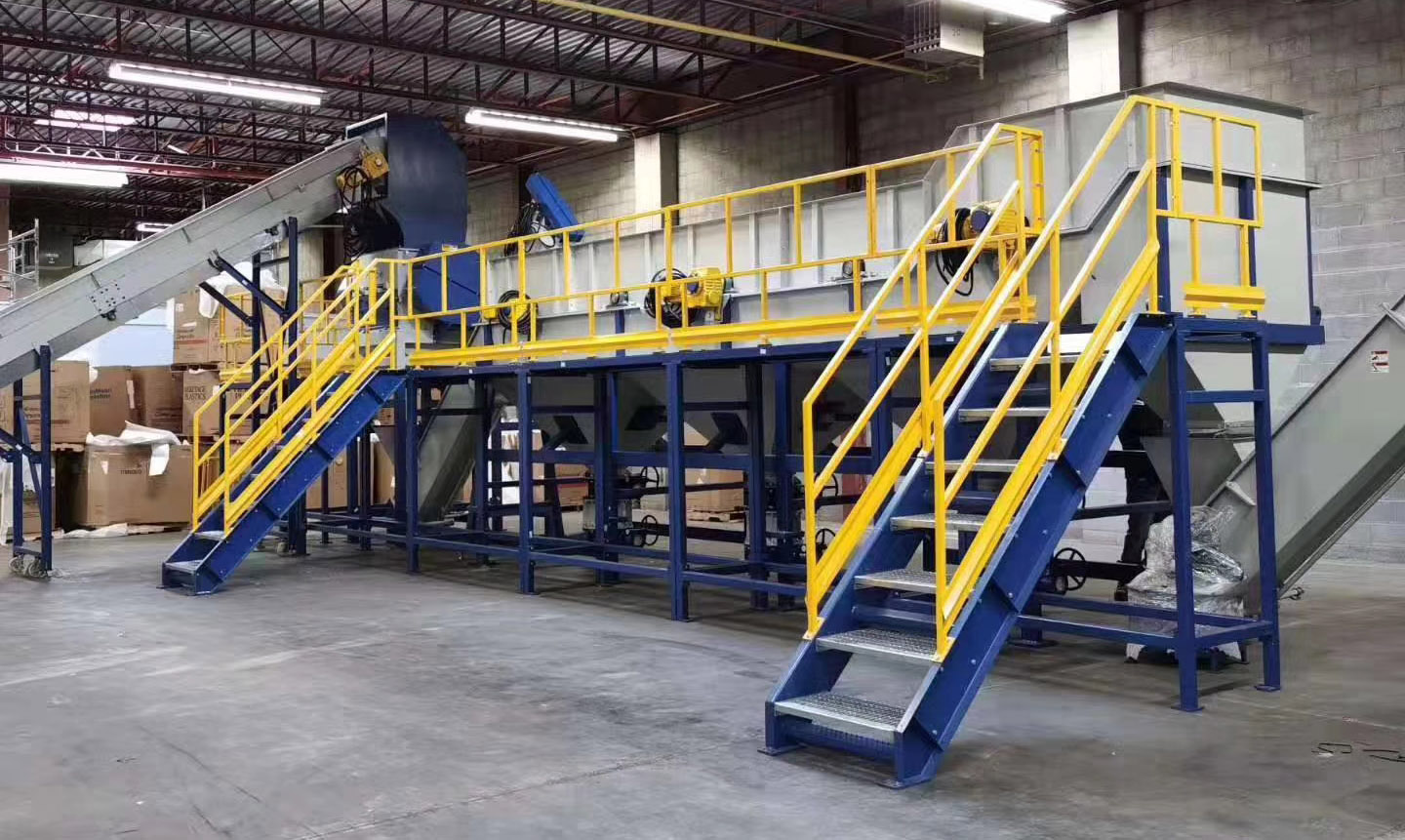 Dewatering is the most vital workflow in the plastic film recycling system because films are hygroscopic and because pelletizer requires spotless film flakes with moisture rate lower than 5%, the lower the better. Wiscon achieves this target by implementing a powerful thermal dryer plus a squeeze dryer. As a result, 95% of water is either evaporated or mechanically driven out. Our know-how in dewatering helps our customers with producing the perfect dry pellets.

Today, Wiscon offers our customers a top-quality Plastic Film Recycling System, in conjunction with the aim of low power and water consumption on the market.

Once an LDPE recycling line is finished, Wiscon tests it with similar materials to show capability and output. Seeing is believing, so you are greatly welcome to present and witness with us on site. If you cannot make it in-person, detailed videos and numerous photos will be prepared for you to exam.