BoPET shredder and BoPET granulator are designed for downsizing and BoPET recycling. Biaxially-oriented polyethylene terephthalate(BoPET) can be in forms of sheet, lump and foil. Featuring high tensile strength as well as strong chemical stability,  BoPET is often to be seen as insulation and packaging materials.

The Wiscon recycling machines can be used in any plastic recycling that needs predictable shredder and granulation quality. Typical applications include, but are not limited to, the following:

To reclaim BoPET scraps is easy. Depending on your capacity, a heavy-duty single shaft shredder is the your first choice for getting uniform BoPET regrinds. A rotor armed with rotary blades can cut down BoPET as shown in the video. The horizontal pusher keeps the plastic waste in proximity of rotor.

Wiscon can perform the size reduction in one step or in 2 steps. The following is a massive film shredder M8300. 3m long rotor allows this giant to tackle plastic film simply to produce 40mm by 40mm fluff. 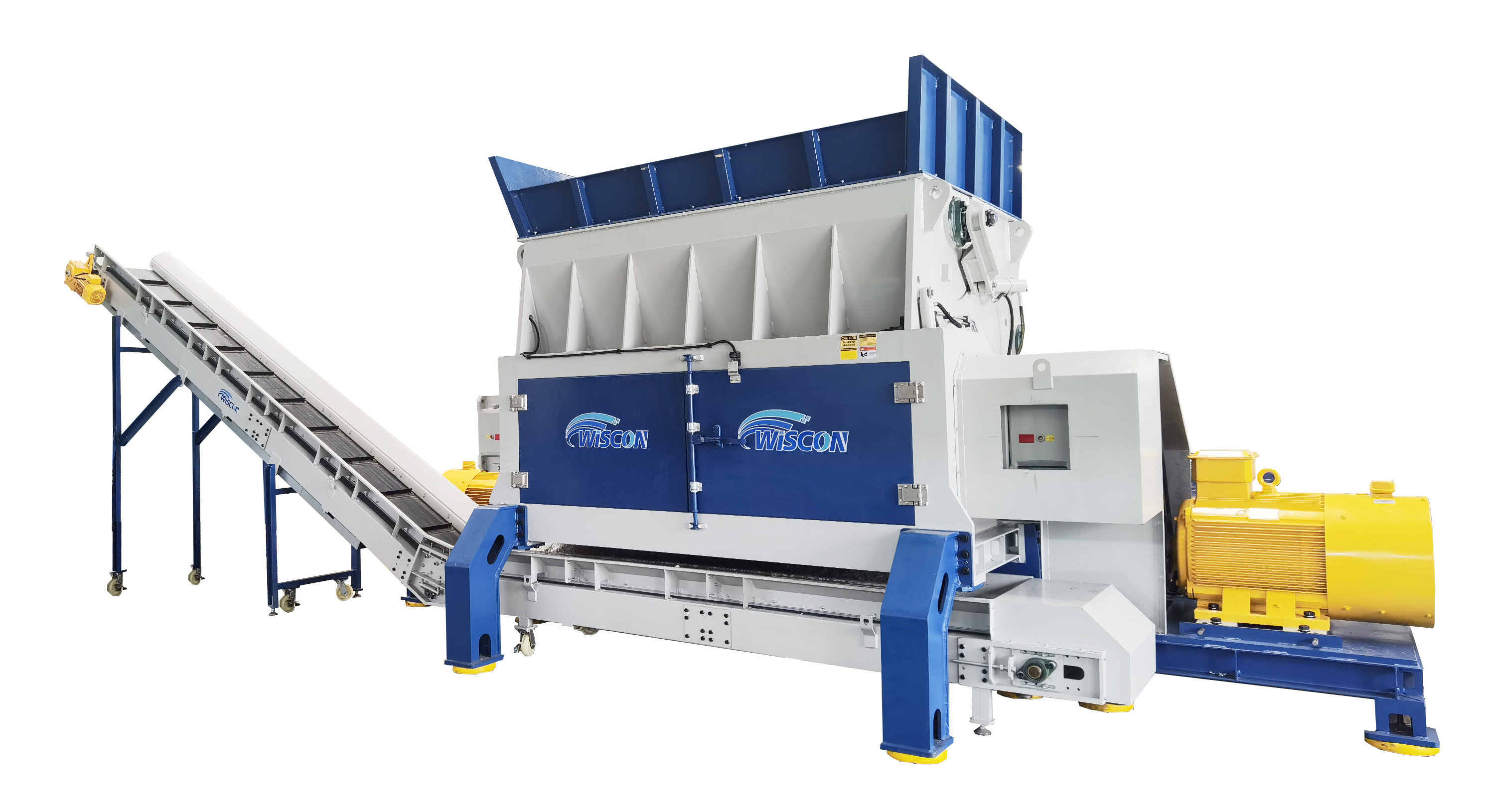 One shaft shredder for film

The increased number of rotary blades combining with an enhanced power secure ahigh efficiency in shredding. The largest of BoPET granulator capacity is up to 2ton/hr. This is well suited for large plastic recyclers and other recycling facilities.

The whole system integrates with amp control. Once either shredder or granulator encounters high current (heavy load), the system would react and ease the problem. For example, the conveyor stops and waits till the granulator backs to normal load.

The wide range of rotors and hopper styles allow BoPET shredder and BoPET granulator fufill almost every application in the plastic recycling field. The CL series granulators are mainly used as large central granulators for in house recycling applications to process large thick walled parts in one step or as a second step granulator after a shredder to reach higher throughput rates.